It is with great sadness that we announce the passing of Janet Philippa Lawrence (née Shrimpton) at the Grey-Bruce Regional Health Centre in Owen Sound on June 13, 2022 at the age of 78. Janet lived with scleroderma for many years, courageously optimistic despite the advancing impact of this disease. She passed peacefully with her husband and daughters by her side. 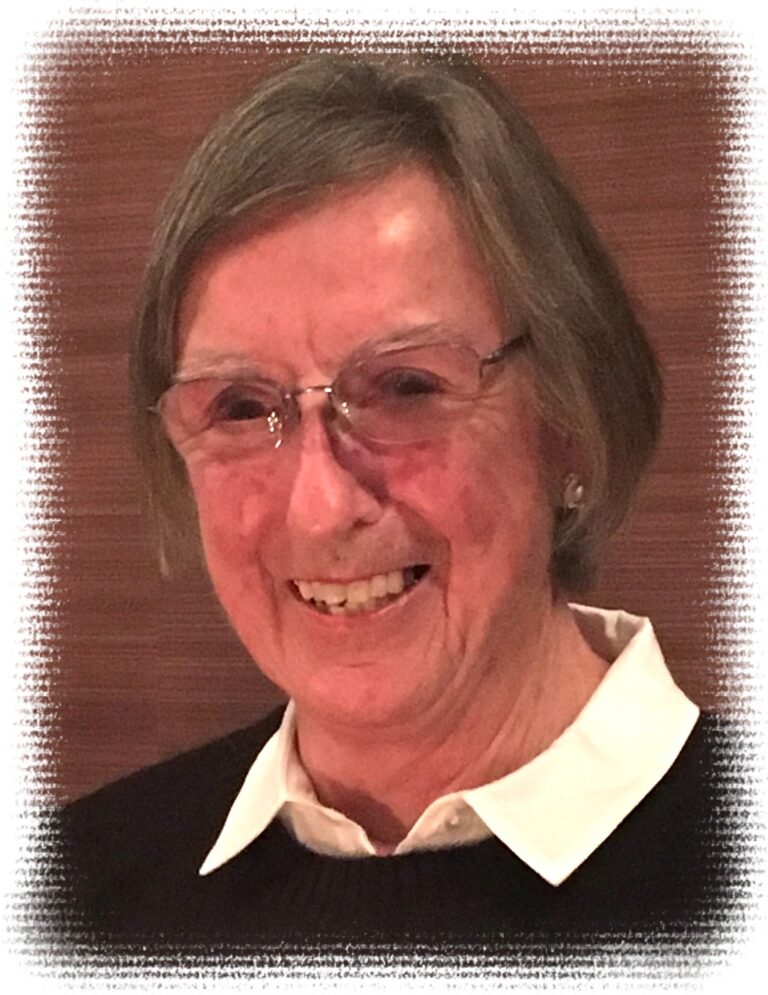 Born in Stourport-on-Severn, UK on November 5, 1943, Janet was the much-loved daughter of Philip and Betty (nee Brocket) Shrimpton.  Janet moved to Canada in 1967, settling in Toronto where she raised 2 daughters and was actively involved in her community.  Janet was an avid tennis player and fan, a Girl Guide leader and a faithful member of St. Cuthbert’s Anglican Church.   Her career as a travel agent allowed her to explore the world and develop a life-long passion for seeing new places and meeting new people.

In 1991, Janet met Stan Lawrence and had soon moved to Meaford to marry and start a new chapter.  Janet and Stan lived life to the fullest, starting a bookkeeping and accounting company, becoming involved in the Meaford Curling Club, playing as much golf as possible, taking frequent trips to the UK to visit with Janet’s family, and welcoming family and friends to Bora Bora North.  During one of their trips to Scotland, the affectionate nicknames of Mr. and Mrs. Puffin were born and their passion for puffins never ended.  Janet was an active member of Christ Church Anglican, serving as Warden and ACW President for several years.  She found a passion in practising Tai Chi and was an instructor in Thornbury and Meaford.  She had a love of flower and vegetable gardening with new beds ever expanding.  Janet was an accomplished knitter, crocheter and stitcher, providing an endless supply of socks to the family.

Janet will be remembered for her curiosity, kindness and her appreciation for every new day, her sense of humour and strength through adversity.

A memorial service celebrating Janet’s life will be conducted at Christ Church Anglican, Meaford, ON on Saturday, June 25, 2022 at 11 o’clock with a reception to follow. As your expression of sympathy, donations to the Scleroderma Society of Ontario or Grey-Bruce Regional Health Centre would be appreciated and may be made through the Ferguson Funeral Home, 48 Boucher St. E., Meaford, ON    N4L 1B9 to whom arrangements have been entrusted.   www.fergusonfuneralhomes.ca

Make a donation in memory of Janet Philippa Lawrence