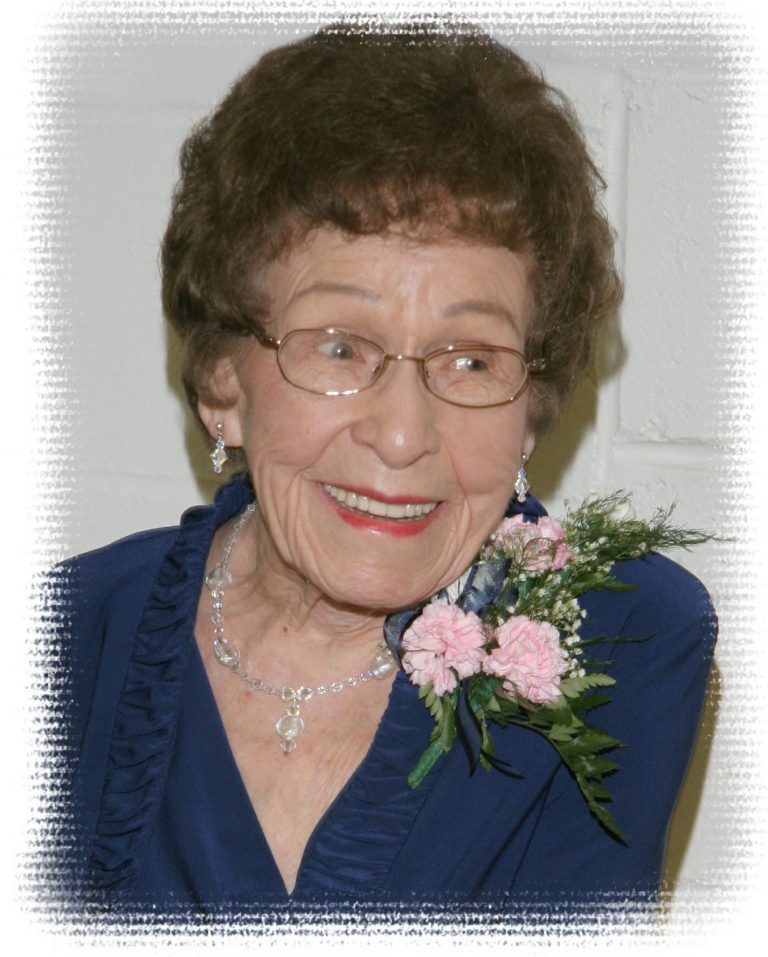 Viola is remembered as the loving mother of Brenda (late Thomas) Horgan of Kingston, Don and his wife Mel of Owen Sound, and Dennis and his wife Joanne of of Meaford. She was predeceased by a daughter-in-law Linda Knight (nee McHutchion) and by the children’s father Ivan Knight and by her longtime friend and partner, Cliff Dignard.

She will be remembered also by sisters-in-law Yvonne Knight of Meaford and Maureen Dunaway of Missouri and by a brother-in-law David Knight of Toronto.  She was predeceased by a sister-in-law Rosalie Sims and brothers-in-law K. B. ‘Dick’ Knight, James Knight and Victor Knight and will be recalled as a special aunt by her several nieces and nephews and their families.

Family will receive friends at the Ferguson Funeral Home in Meaford on Thursday June 6th from 6 until 8 p.m.

A funeral service will be conducted at Christ Church Anglican in Meaford on Friday June7, 2019 at 11 a.m. where family will receive friends the hour prior to service.  A service of committal and interment will follow at Lakeview Cemetery.

If so desired and as your expression of sympathy, donations to the VON or a charity of your choice would be appreciated.   www.fergusonfuneralhomes.ca

Friday, June 7, 2019 11:00 AM
Service: Christ Church Anglican with visitation the hour prior to service


Donations to: VON or Charity of Choice

Make a donation in memory of Viola Annie Jane Knight