Barry Alexander McEwen passed away suddenly at his home in Clarksburg on Tuesday, December 28th, 2021 at the age of 75. 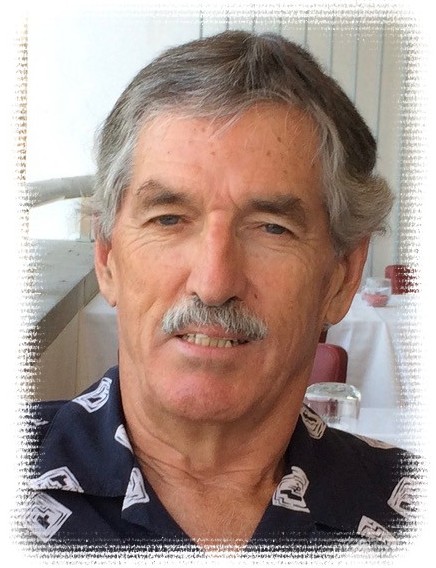 He was born in Owen Sound on April 8th, 1946, a son of the late Melvin McEwen and Margaret Isabel (nee Maher).  Barry was raised in Chatsworth on a mink farm where he made a lifelong friend in Mel Hill, and the two were known to get into a lot of mischief together.

Barry is survived by his brother David McEwen (Mary). He was the dear uncle of Anne McEwen (Peter Stabins); and was predeceased by his niece Jane McEwen-Pearson and will be remembered fondly by Jason Pearson, great nephews Sullivan Pearson, Max Pearson, James Stabins and great niece Claire Stabins.

Barry worked at Redpath in many capacities and became Assistant Vice President of Sales and Marketing before retiring after 29 years.

He was an avid skier for over 40 years at Blue Mountain. He and Elizabeth travelled extensively over the years and spent part of the year in the Bahamas where Barry thoroughly enjoyed the sport of bone fishing.

Barry’s perfectionism and craftsmanship are evident in the log house he built and subsequent new family home in the Thornbury/Clarksburg area. He had an eye for antiques; collecting and refinishing, especially ones that had meaning of his early years.

In the words of Barry’s grand nephew Sullivan: “His reserved personality and kindness always made his sense of humour all the funnier, and I enjoyed talking with him whenever I got the chance”.

A private service of committal and interment will be conducted at Greenwood Cemetery in Owen Sound in the New Year. A public celebration of Barry’s life will take place in the near future when family and friends are able to gather safely.

As your expression of sympathy, donations to the Canadian Cancer Research would be appreciated and may be made through the Ferguson Funeral Home, 48 Boucher St. E., Meaford, ON   N4L 1B9 to whom arrangements have been entrusted.   www.fergusonfuneralhomes.ca

A private service of committal and interment will be conducted at Greenwood Cemetery in Owen Sound in the New Year. A public celebration of Barry’s life will take place in the near future when family and friends are able to gather safely.

Make a donation in memory of Barry Alexander McEwen