Catherine ‘Cath’ Dalrymple (nee Atkins) passed away peacefully at the age of 84, on Tuesday, January 3, 2023 with her family by her side. 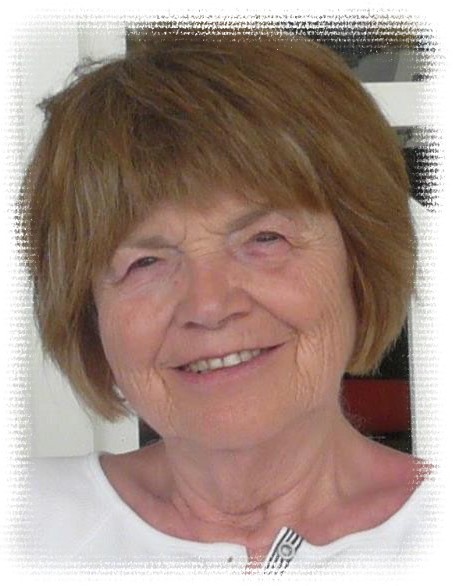 Catherine was born January 29, 1938, the eldest of two children, to the late Gladys (nee Currie) and Melville Atkins.

Catherine was predeceased by her husband, Desmond Dalrymple in 2019.

She was the much-loved mother of Scott Dalrymple (Ruth Hitchcock) and grandmother of Alyssa and Emily Dalrymple.  Catherine is survived by brother Michael Atkins (Margaret Atkins) and will be missed by her niece and nephews, Karen, Albert and Chris.   She will be remembered fondly by her sister-in-law, Barbara Dalrymple, her niece, Libby and nephew, Brian.

Catherine was born in Collingwood and raised on a farm at Victoria Corners (between Clarksburg and Ravenna).  After attending university and working briefly in Toronto, Catherine moved to Deep River, Ontario to work as a teacher.  It was there that Catherine met and married Des.  When their only son, Scott, started grade school, Catherine changed careers, partnering with a friend to open “Sew & Save”, a small retail store selling sewing and craft supplies.  Over twenty years, the business grew steadily and was renamed “Atkins” after the partner sold out and moved.  In 1993, Des retired and Catherine sold the business.  They traded their house for a 5th wheel trailer and a ¾ ton pickup truck.  They set out on an eight-month lap of North America, after which they settled in Thornbury, Ontario to be closer to their son and to Catherine’s family.  Des took up golf and Catherine opened a new business called “Ashtons Blinds Draperies Shutters”.  A few years later Catherine was joined by her niece Karen James (Atkins) who eventually took over the business.

Retired for the second time, Catherine became active in local clubs and as a volunteer for Grace United Church.  She became a grandma to Alyssa and Emily in Collingwood and part time property manager for her son.

In 2015, Catherine and Des moved to Winnipeg, Manitoba, following their son and his family.  Shortly after their move, Des had a debilitating stroke giving Catherine the additional challenge of living alone while visiting and supporting her institutionalized husband.  During this time, her health slowly declined and she was burdened with depression and fatigue.

In 2021 she moved back to the Georgian Triangle area, first living with her brother and his wife in Meaford, then settling into Balmoral assisted living center in Collingwood for the final year of her life.

A funeral service celebrating Catherine’s life will be conducted at Grace United Church in Thornbury on Saturday, January 14, 2023 at 11 o’clock with a reception following.

As your expression of sympathy, donations to the Georgian Triangle Hospice would be appreciated and may be made through the Ferguson Funeral Home, 48 Boucher St. E., Meaford, ON   N4L 1B9 to whom arrangements have been entrusted.   www.fergusonfuneralhomes.ca

Make a donation in memory of Catherine Elizabeth Dalrymple