On August 12, 2019, Ted Wootton of the Meaford and Thornbury area, set out on his final ride. Born April 29, 1950, Ted was a son of Betty (nee Barber) Wootton of Thornbury, and dearly departed Eric Wootton. 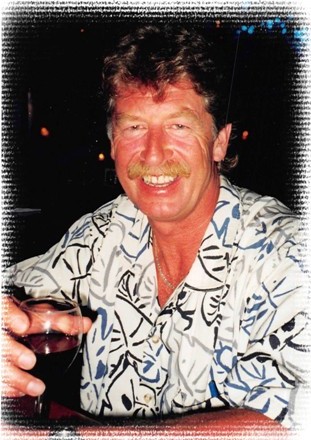 Ted grew up on Adair Street in Hamilton, Ontario.  He will be sadly missed by his siblings Brian, Barbara, Alan, and Carol, and was predeceased by Stewart and Russell.  Ted was the proud father of Diana and Ashley.  He was an inspiration to his grandchildren Eric, Anna and Olivia and his many nieces and nephews, reminding them to be forever young.  He will be hugely missed by the love of his life, Jennifer.

Ted was a man of many talents. If God created it, Ted could build from it.  He called himself ‘The Fixer’ – cars, boats, motorcycles, and houses.  He started his career as an Ironworker, working on various large jobs in Ontario and British Columbia. In the 80’s and 90’s, Ted and his wife Jennifer owned and operated a property management/real estate and home building business and Ted built over 70 custom homes in the Georgian Triangle area.  His last career was in home and commercial renovation.  He had a huge heart.  Ted would help anyone with anything.  Ted lived a full exuberant life, mostly fully clothed, full throttle each day.  Ted got more out of his 69 years of life than most folks get out of a century.  Ted has ridden off into the sunset, with the wind in his hair.  Gone Fishin! Ted’s favourite advice to all was to eat more meat, drink more alcohol, don’t be so straight and press on regardless! 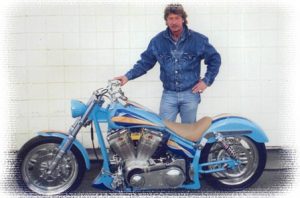 A private family celebration of Ted’s life will take place at a later date.

As your expression of sympathy, donations to the Residential Hospice of Grey Bruce ‘Chapman House’ would be appreciated and may be made through the Ferguson Funeral Home, 48 Boucher St. E., Meaford, ON   N4L 1B9 to whom arrangements have been entrusted.   www.fergusonfuneralhomes.ca

A private family celebration of Ted's life will take place at a later date.

Make a donation in memory of Edward Eric 'Ted' Wootton