George Russell Muxlow of Collingwood passed away peacefully in his sleep on Sunday, October 23, 2022 at Hospice Georgian Triangle – Campbell House, surrounded by his family, at the age of 86. 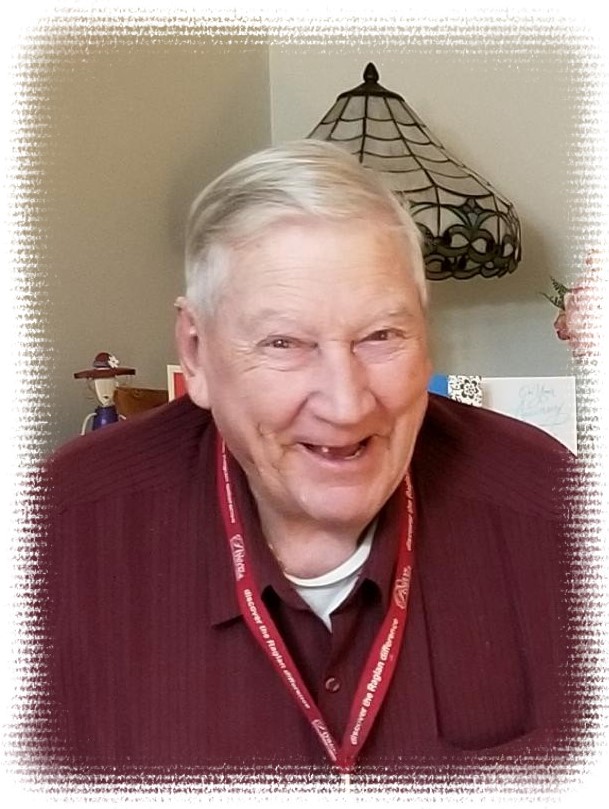 Born on March 30, 1936 in Courval, Saskatchewan, he was a son of the late Joseph Ross and Annie Ada (née Rodgers) Muxlow.

He is survived by his daughters Pat and Susan (Fred) Carnrite, three grandchildren Andrew, Jodie Muxlow-Carnrite and Kyle Carnrite and one Great Grandson Alexander George.  He is also predeceased by his sisters Vera (late Fred) Scammell and Olive Dickson and his brothers Alvin, Robert (Mae) and Cecil (Betty).

George, the youngest of his family, grew up on the family farm in Saskatchewan before his family moved to Meaford, Ontario. In Ontario he sailed for 9 years on 5 different Lakers, sailing the Great Lakes and up and down the Saint Lawrence Seaway, working his way up from Sailor to a Wheelsman of the boats. During his shore leaves he met Faye Brown of Meaford who he wed in 1960 at the age of 24. They spent 60 loving years together, always by each other’s side. Together along with Robert they owned and operated a family business, Brown’s Radio Taxi, for 20 years in Collingwood. After selling the family business George worked at Goodyear for 20 years before retiring.

Family was always important to George and he was never too busy for anything they ever needed. He was involved in the kids’ sports, travelling to arenas for figure skating competitions and hockey tournaments. He would also take them to the canals to watch the boats go through the locks when they were younger. The family also enjoyed many years of camping and snowmobiling together.

George was an amazing Grandfather; he always had a smile and a twinkle in his eye when around them. He may have been quiet and allowed Faye to be front and center with helping the Grandkids but he was always by her side watching from the sidelines, attending every sport and activity they participated in, and was always willing to give advice and encouragement if needed. George was always proud of them, especially their educations. He enjoyed hearing what they were doing and where they were living, which allowed him to relive adventures and tell stories of when he was younger and had been in those cities.

In retirement George and Faye would go for daily coffee at McDonalds and walk along the Georgian Trail in summer or the Blue Mountain Mall/Walmart in winter. They would also go for euchre at The Legion. Andrew would often visit at night, making George a coffee, and watch the hockey games together. When George and Faye moved into Raglan Village, he truly enjoyed his retirement, attending all the events and activities hosted at Raglan and would even dress up for every holiday and occasion.

During Quarantine George and Faye were unable to go for their morning coffee at McDonald’s with friends or visit with their friends at Raglan, so they adopted many ducks and swans at the waterfront and would go visit and feed them every day for their lunch date.

Losing Faye in March 2021 was hard on George but he found new joy in his life in June 2021 when George became a Great Grampa to Alexander, who was named after him. George would always ask what The Little Helper was up to and what trouble he had been getting into, and he enjoyed seeing how fast Alexander was growing. George especially loved when Alexander would come for sleepovers and laugh at Alexander’s fascination with the wheels on his walker.

George was known by many and loved by all; he is gone for now but will never be forgotten.

A funeral service will be conducted at the Ferguson Funeral Home on Thursday, October 27, 2022 at 2 o’clock with visiting the hour prior to service.  Interment will follow at Lakeview Cemetery in Meaford.

As your expression of sympathy, donations to the Hospice Georgian Triangle – Campbell House would be appreciated and may be made through the Ferguson Funeral Home, 48 Boucher St. E., Meaford, ON   N4L 1B9 to whom arrangements have been entrusted.   www.fergusonfuneralhomes.ca

Visiting the hour prior to service 1 until 2 o'clock

Make a donation in memory of George Russell Muxlow