Jim Thom passed away peacefully at Summit Place in Owen Sound, ON on Wednesday, November 25, 2020 in his 97th year. 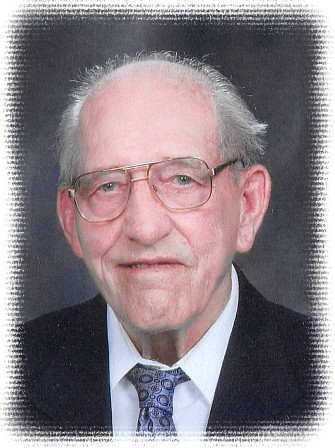 Born in St. Vincent Township on March 21st, 1924, Jim was a son of the late Russel and Myrtle (nee Belshaw) Thom.

Jim was the beloved husband of Yvonne (nee Murray) Thom of Owen Sound, and formerly of Meaford.

He was the kind and patient father of Robert Thom of Owen Sound and Lorraine Kindrat and her husband Peter also of Owen Sound.

Jim was the proud Grandpa of Adam Thom, Jennifer Purdy, Ashley Timmerman (Marty), Lindsay Demone (Dwane), and Meagan Thom, and great Grandpa of Dylan and Evan Purdy, Quinn and Leo Timmerman, Emma, Cooper and Everley Demone. He will be remembered by Anne Thom.

He will be remembered fondly by his sister-in-law Lois Douglas and her family; Nancy Douglas, Julie and Brad Vail and their children.

Jim spent many years farming and enjoyed spending time outdoors. He loved driving and travelling for both work and pleasure.  He was a faithful member of the Meaford United Church.  Jim was a member of the Meaford Curling Club and truly enjoyed his time spent with his friends there over the years.

A private family service will be conducted at the Ferguson Funeral Home in Meaford with interment following at Lakeview Cemetery.

As your expression of sympathy, donations to the Residential Hospice Grey Bruce ‘Chapman House’ or a charity of your choice would be appreciated and may be made through the Ferguson Funeral Home, 48 Boucher St. E., Meaford, ON   N4L 1B9 to whom arrangements have been entrusted.   www.fergusonfuneralhomes.ca

A private family service will be conducted at the Ferguson Funeral Home in Meaford.

Make a donation in memory of James Russel 'Jim' Thom